Ovarian cancer is one of the leading causes of cancer death among women in the United States. It is known as the silent killer because it rarely causes symptoms early on, and the symptoms are often general and similar to other illnesses. By the time it is diagnosed, it has frequently spread or “metastasized.”

Ovarian cancer is composed of several different tumor types, depending on where the tumor starts.  Regardless of the particular type of tumor, symptoms of ovarian cancer can include bloating, abdominal distention, indigestion, nausea, decreased appetite, and vague abdominal or pelvic pain. Occasionally a woman may also experience vaginal bleeding, pelvic pressure, back pain, frequent urination, or constipation.

Family history and inherited genetic disorders are risk factors for ovarian cancer. Women with a mother, sister, grandmother or aunt who have been affected have a higher risk of developing it themselves. After a woman is diagnosed with ovarian cancer, doctors seek to determine if the cancer has spread, and if so, how far. This process is called staging. “The stage of a cancer describes how much cancer is in the body, and if and where it has spread. It helps determine the prognosis, and how best to treat it. While laboratory studies and imaging like CT scans can aide in this process, the gold standard is removing the tumor and analyzing it under the microscope.

Typical treatment for ovarian cancer most often includes a combination of surgery and chemotherapy. When the condition is diagnosed at an early stage, and the disease is confined to the ovaries, it has a cure rate of about 90 percent. In addition, recent advancements in the treatment of ovarian malignancies have greatly improved the prognosis for this cancer. Today, for many patients, ovarian cancer has become a chronic disease with periods of time on and off treatment. More women are living with this cancer for a longer period of time than ever before.

By Hematology/Oncology of the North Shore 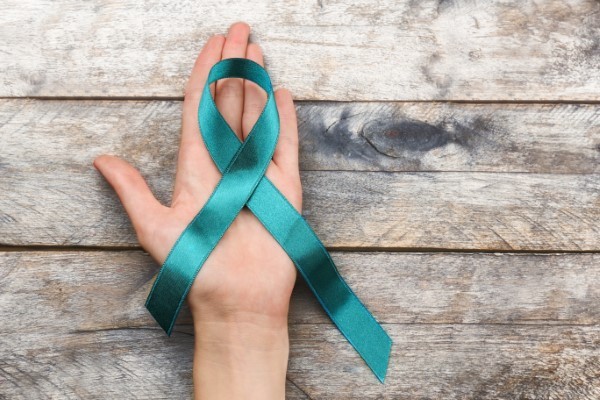 © Hematology/Oncology of the North Shore. All Rights Reserved. | Accessibility Policy